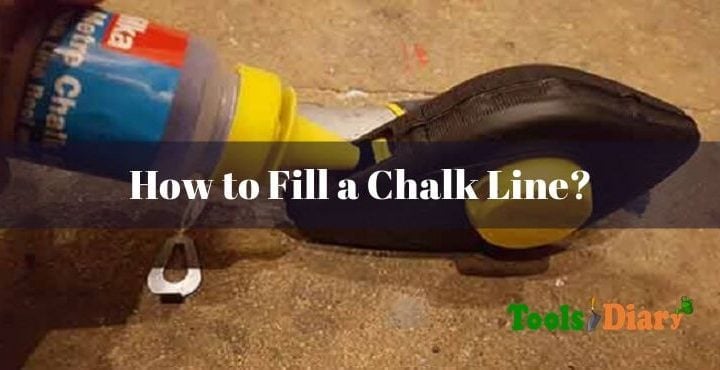 How to Fill a Chalk Line?

The adoption of this tool is mainly used to make the task of drawing out long straight lines, mainly in the construction and plumbing industry, more practical than using ones hands or a straightedge. Go through my instructions and learn how to fill a chalk line.

The Step By Steps Guides To Refill

Refilling a chalk line is an easy process, however to do this wrong can be a truly chaotic experience. For the least amount of hassle ensure that the surface you’re working on is flat and free from any other tools or equipment, in case of spillages.

The first step is to unscrew all of the screws, which keep the casing held together.

Then firmly remove the top casing from the tool so that there is an easy access point to fill the tool with powdered chalk. 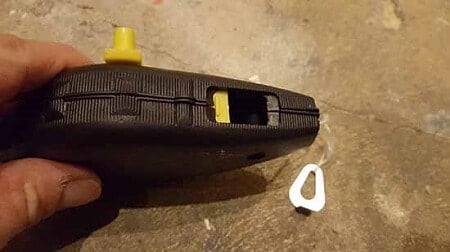 The first step is to unscrew all of the screws, which keep the casing held together. Then firmly remove the top casing from the tool so that there is an easy access point to fill the tool with powdered chalk.

Then choose which colour chalk to fill the tool with based on the needs of the project. For instance, neon coloured chalk is designed to stand out on surfaces, so should be used where bold lines are needed as these are the most visible of powdered chalks; these will be used on heavily textured surfaces or outdoor pitches.

Blue powdered chalk is commonly used on outdoor surfaces that need to withstand the weather, but are not to be kept visible forever. Red chalk is the most permanent coloured chalk and is mostly used on places that will be covered up eventually; this colour is adopted for initial guidelines or footings for houses.

The most utilised colour is white, it is the superior choice for interior use as it is the least permanent and is not visible under any painting or decorating. This is the go-to choice for most chalk box owners as it is easier to source, use and cover once a job has been completed.

Once you have chosen the colour use it to fill up the tool to its fill line. Then the screws must be replaced and secured tightly. Before using the tool it is important to make sure that the chalk residue is distributed equally, you can do this by simply shaking the chalk box. If any residue has spilled around the area, or on the tool, be sure to blow this off as opposed to wiping the chalk away to avoid smearing.

When refilling a chalk line there is much debate on which coloured chalk to use. As chalk lines are used on many different surfaces and textures it really depends on why and what you are using it for.

What Are Chalk Lines Used For?

As previously stated a chalk line is used to map out a desired outline, it was originally created to make a marking job easier in the building world. The tool is also used just to mark out straight lines as the most clean and accurate way to do so as possible.

The tool is used to aid in putting up a frame; it is used as a guide to mark out straight angles. When putting up a frame it is the best way to ensure it is erected perfectly straight, ending the long and tedious battle with a ruler or trial and error.

Another usage of the tool would be to create an exact outline for creating a striped wall before painting it, or aiding in hanging wallpaper correctly.

As explained, this technique has been widely adopted for precision work in the building industry and there are various adaptations of the tool available for purchase. Nevertheless the same concept can be adopted for marking out sporting fields or AstroTurf, using the same chalk based technique to map out football fields, track and field events.

Due to its longevity of use and its historical origins (dating back to ancient Egyptian times) the chalk line method has been adopted and documented for centuries, highlighting its undoubted usefulness and relevance.

The only problems that have been associated with this technique are linked to the improper maintenance of the tool, not cleaning it correctly or abusing the strings restrictions thus forcing it to snap or become loose.

If the owner can treat this tool with the correct care it deserves it stands a good chance of lasting the test of time.